Skip to main content
Tuesday, 14 February 2017
A Case Study on the Torture and Death of Karuppi
A Decade to Justice

A Case Study on the Torture and Death of Karuppi

Submitted by: A. Ted Samuel

On February 14th, 2013, the Principal District and Sessions Court of Ramanathapuram, Tamil Nadu convicted eight police officers who were responsible for the illegal detainment, torture, and subsequent death of Karuppi – a Dalit housemaid who was accused of theft.  With prison sentences ranging from six months to the maximum sentence of ten years, justice prevailed in a case that has ensued since December 1st, 2002. However, this case – which involved various degrees of evidence suppression, dire threatening of witnesses, and rampant abuses of power by various officials – points to the larger need for authorities handling custodial death cases to provide proper protection for vulnerable eyewitnesses, ensure thorough investigations by independent parties, and promote unbiased but speedy trials without unnecessary procedural delays.

Since the morning of December 1st 2002, when Karuppi’s body was found hanging from a VHF tower behind the police station, People’s Watch – a leading Human Rights Advocacy Program based in Madurai, Tamil Nadu – has interceded legally on behalf of the victim and her family. Furthermore, People’s Watch identified eye witnesses to Karuppi’s torture and, after these witnesses faced violent threats from the accused officials and their civilian accomplices, offered them protection and socioeconomic rehabilitation.  The following report highlights the major developments and challenges of this case, the dangers faced by the witnesses (who were, themselves, victims of torture), and the types of interventions that People’s Watch and other concerned organizations conducted. Information was ascertained from an extensive pool of witness statements, court documents, newspaper articles, interviews, and fact-finding reports conducted by staff members of People’s Watch. 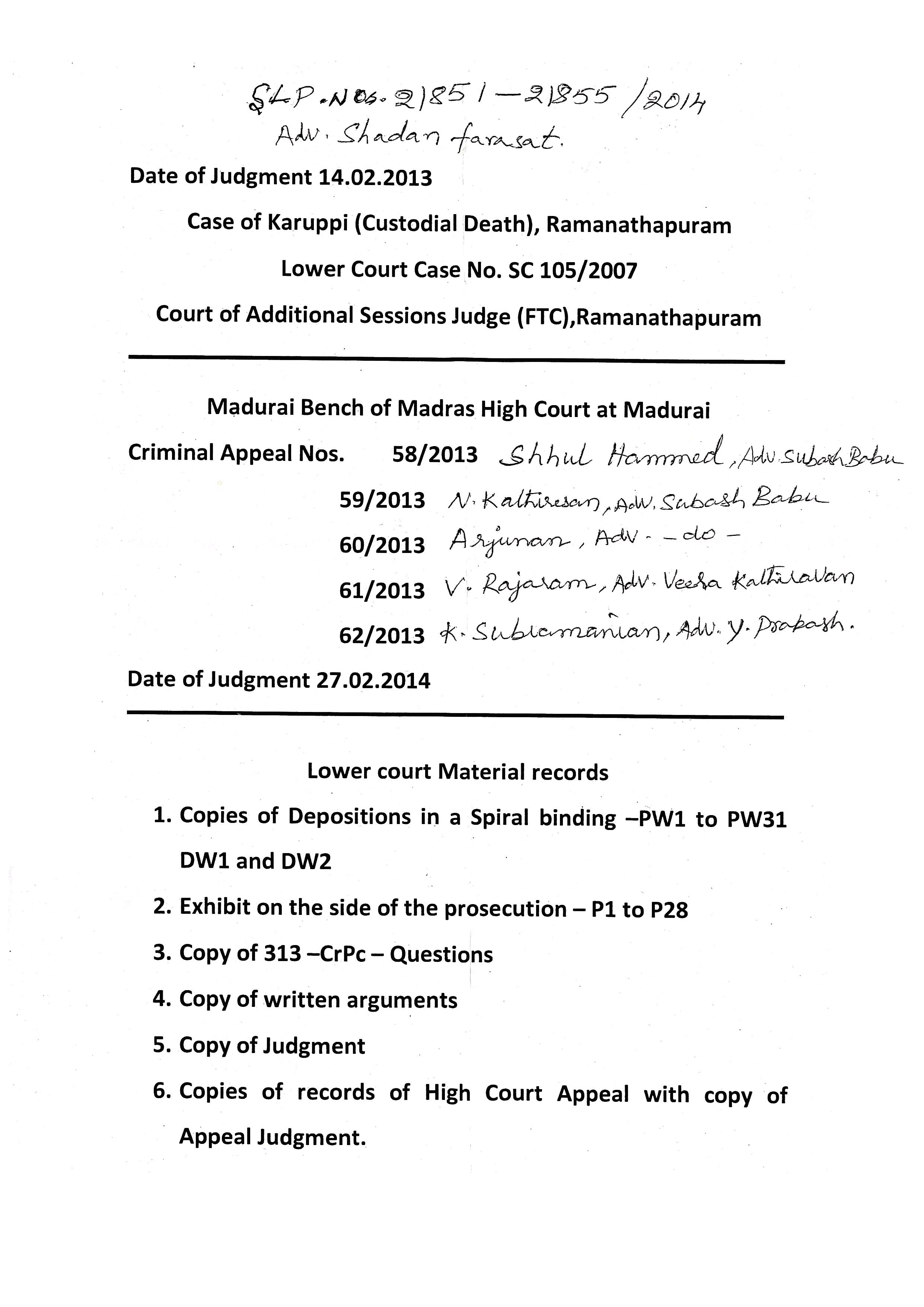